Make a change. Get the app now (free):

Your mindfulness and meditation guide is on it's way!

"Peace comes from within. Do not seek it without." We have all felt the negative effects of stress, and know that we should be actively working to reduce the amount of stress in our daily lives. After all, stress is a killer. That’s a scientifically known fact.

But there’s only one problem: it isn’t true.

I’ll show you why stress isn’t the problem, why stress is valuable, and how rethinking your views on stress will actually help you live longer.

“For years I’ve been telling people, stress makes you sick. It increases the risk of everything from the common cold to cardiovascular disease. Basically, I’ve turned stress into the enemy. But I have changed my mind about stress, and today, I want to change yours.” – Kelly McGonigal

WHY STRESS ISN’T THE PROBLEM

What if I told you the most dangerous part about stress is not the stress itself, but rather the fear that stress is dangerous.

But how can that be when it’s widely accepted – even in medical and scientific circles – that stress is a killer?

In the insightful TED Talk “How to make stress your friend”, esteemed health psychologist and author Kelly McGonigal reveals a flaw in the way we think about stress. According to her, stress itself has little (if any) ill effect on our health. Instead, she points out that it is actually the belief that stress is bad which is responsible for the negative impacts commonly associated with stress. Let that sink in for a minute: stressing over stress is what harms you, not the actual stress itself.

In her video, Kelly refers to a study which tracked 30,000 adults in the United States over the course of eight years in which the researchers asked participants, “How much stress have you experienced in the last year?”, followed by , “Do you believe that stress is harmful for your health?” Then they waited. Relying on death records over the next eight years, these researchers discovered something disturbing: those who had experienced high levels of stress in the previous year saw a 43% increase in their risk of death. But that only held true for those who believed that their stress was unhealthy.

In contrast, it did not seem to have any negative effect on those who didn’t believe stress was harmful for their health. Even more surprising, those participants had the lowest risk of death compared to anyone in the study, including those who felt they had little or no significant sources of stress in their lives.

“Now the researchers estimated that over the eight years they were tracking deaths, 182,000 Americans died prematurely, not from stress, but from the belief that stress is bad for you. That is over 20,000 deaths a year. Now, if that estimate is correct, that would make believing stress is bad for you the 15th largest cause of death in the United States last year, killing more people than skin cancer, HIV/AIDS and homicide.”

We’ve all heard of folks who are willing to die for their beliefs, and that’s exactly what’s happening here. We believe we’re going to suffer crippling, even deadly effects because we’re overwhelmed. And in a classic case of mind over matter, we will that reality into existence with nothing more than our faulty beliefs.

Clearly there’s more to the story here than psychologists, doctors, and scientists have been saying for decades. We each have experiences which challenge us, but this new research shows that the way we choose to react to these experiences can have as big of an impact (if not bigger) than the actual stress that accompanies them.

STRESS IS YOUR BODY’S WAY OF PREPARING FOR A CHALLENGE

“Their heart was still pounding, but this is a much healthier cardiovascular profile. It actually looks a lot like what happens in moments of joy—and courage.”

In a study at Harvard University, researchers put a group of people through a ‘stress test’. But before the test they were given different information about what stress was. They were actually taught to rethink the feelings associated with stress; “That pounding heart is preparing you for action. If you’re breathing faster, it’s no problem. It’s getting more oxygen to your brain.”

Not surprisingly these people were less stressed and anxious during the test. But what was fascinating is that these people did have a notable response, one that closely mimicked how we respond to joy and courage.

I find that appealing. Life can get hard and stress has a way of adding rocks to your already full backpack and weighing you down. The idea that I could exchange that sense of burden with feelings of courage and joy is liberating.

UNDERSTANDING YOURSELF & EMPATHY FOR OTHERS WILL HELP YOU LIVE LONGER

Kelly rounds off her message by addressing a little-known but significant positive effect stress has on us: stress makes us social. Citing another study where respondent’s stressful life experiences were measured, the authors found that for each difficulty such as financial troubles or a family crisis, their risk of death was increased by 30 percent. Of course, in her classic style, Kelly goes on to point out the crucial caveat. As she puts it, “People who spent time caring for others showed absolutely no stress-related increase in dying. Zero. Caring created resilience.”

When your realization that empathic action protects you from the potential harms of stress is coupled with the knowledge that the way we feel about stress is more dangerous than the stress itself, you have a pretty powerful one-two punch against all sorts of nasty health-related issues.

Your informed outlook is your best protection against the dangers that have long been mis-attributed to stress. Not pills. Not psychotherapy. Not lamenting the human condition.

Tell me that isn’t empowering.

RELIEVE STRESS
AND ENJOY LIFE
TO THE SIGHTS &
SOUNDS OF NATURE. 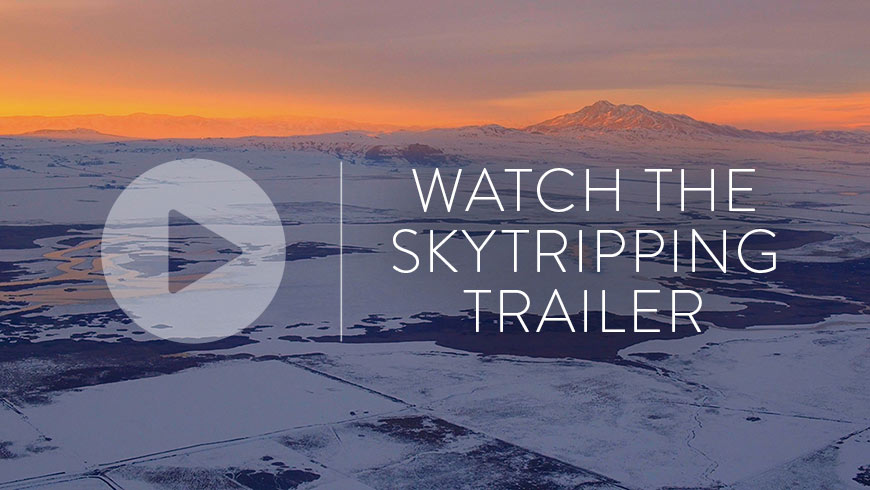 In short, my best response to stress is simply acknowledging that it is there, taking a moment to understand why I’m feeling it, and embracing the courage my mind and body are enabling me to take with me into the challenge I’m facing.

Recognizing that stress is ok – even helpful – as it prepares my body and mind to face whatever challenges crop up will bring more than a sense of relief – it will bring me a longer, healthier life.

And finally, embracing the impulse to reach out to others when I need help will benefit both them and myself.  Furthermore, it will expand my own capacity to deal with my problems by helping me develop skills I don’t currently have. In short, stress is my friend.

WHO IS THIS ARTICLE FOR?

If you are a Buddhist monk living atop a quiet peak in Tibet, you may not need this news. But if you (or others like you and I) are powering through the daily grind while yearning for a little reprieve from the burden of it all, then this no doubt will help them reshape their outlook on those moments when things get chaotic.  Share this post with them, and be sure to watch the full talk from Kelly (below)!

Sky Tripping helps you meditate, refocus, and relax while taking you to some of the most incredible places Earth has to offer. Download the app for iPhone, iPad, or Apple TV now and start benefitting from the real mental and physical health impacts today.
Learn how Sky Tripping can help reduce your daily stress and increase your overall wellness in life.
Get Sky Tripping Now »

Writer at Sky Tripping
Desiree is a hard-working stress-busting mother of four. When she's not making avocado tacos for her little darlings, she's finding new and exciting ways to irritate her editors. Desiree loves warming up by a wood burning stove, wearing yoga pants, and sipping on a tall cup of Crio Bru.